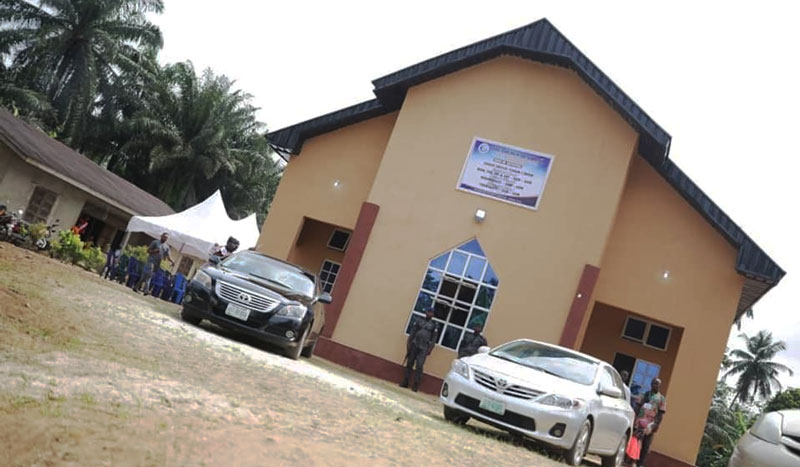 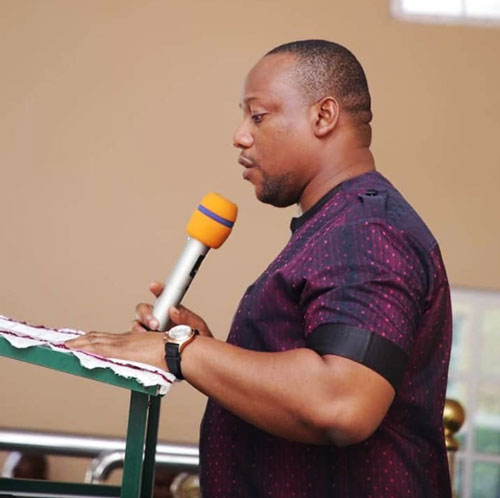 The Ini Ememobong Foundation, today, Saturday 14th December, 2019 handed over a new and world class worship hall to members of the Church of Christ, Ntak Afaha, in Ukanafun Local Government Area.
The Secretary of the congregation, Brother Friday James Udo while thanking the Ini Ememobong Foundation and the chairman of the foundation, Comrade Ini Ememobong, recalled that the 67 year old congregation started as Christ Army Church and later changed to The Apostolic Church, same was later converted in 1952 to the Church of Christ following the arrival and sound massages by the missionaries from the west. He thanked the Ini Ememobong Foundation for replacing the 67 year old worship hall with a modern edifice.
Speaking also at the event was the keynote speaker, Minister Emmanuel Inyang who spoke on the topic: “Giving: a tool for obtaining more blessings from God”, in his lesson, the minister ventilated that enormous reward follows giving. According to Minister Inyang, when you give to the poor, your reward comes from God, and can come in another form and from another person, not necessarily the person you gave to. He reminded the congregants that ‘God himself taught man how to give by giving his only begotten son, and that one can’t truly love without giving. He emphasized on selfless giving as instructed by Christ in the book of Luke 6: 30-34. He urged Christians to share their wealth with others so that they do not end up like the rich fool in the book of Luke chapter 12. He urged Christians to be cheerful givers and to give according to the principles of God. He concluded by saying that everyone in their various capacities have what to give and should do so to the glory of God.
In his speech, the chairman of the Ini Ememobong Foundation and state publicity secretary of the Peoples Democratic Party, Comrade Ini Ememobong thanked everyone who have found time to attend the event. He thanked the members of the foundation, mostly the chairman, Bro Bassey Essang for the smooth execution and completion of the church building project. He once again reiterated his irreversible status as a Church of Christ member. He asked that all praises and glory should be directed to God who found Ikot Afaha suitable for the Church since 1952. He encourage everyone to serve God in their different capacities.
Comrade Ini Ememobong was accompanied by his dear wife, Barr. Mrs Chinonyerem Ini Ememobong, his mother and children, the wife of the chairman of Ikono LGA, Sister Ekaette Itoro Columba, leader of Itu legislative council, Bro. Bassey Bassey, former chairman of Ibiono, Hon. Samuel Etim, the provost of CAO Essien Memorial College, Minister Emmanuel Essien, members of the publicity Secretariat, politicians across the state, and the Ini Ememobong Foundation led by the Chancellor, Bro Bassey Essang. The event had in attendance ministers of the gospel across the state among whom were Min Emmanuel Inyang who was the keynote speaker, Min. Uyai Joshua, Min Kufre Ekpo who led in the devotion, Min. John Bassey, Dr Nnamdie Inyang, World Bible School Evangelism team, Ntak Afaha village council among others. The event featured rendition of songs of praise to God, prayers and words of admonition. 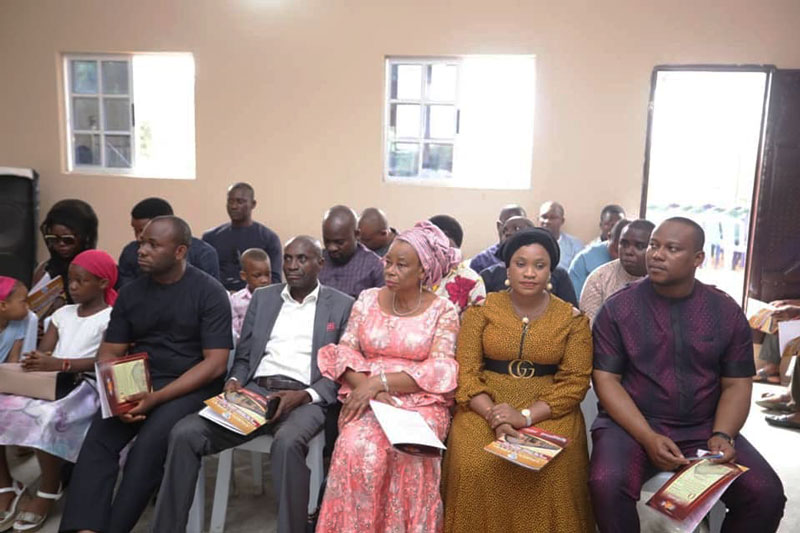 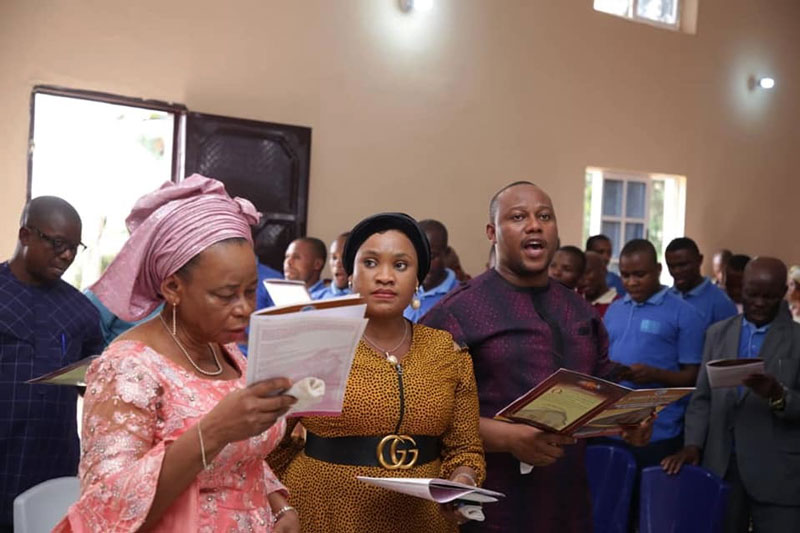