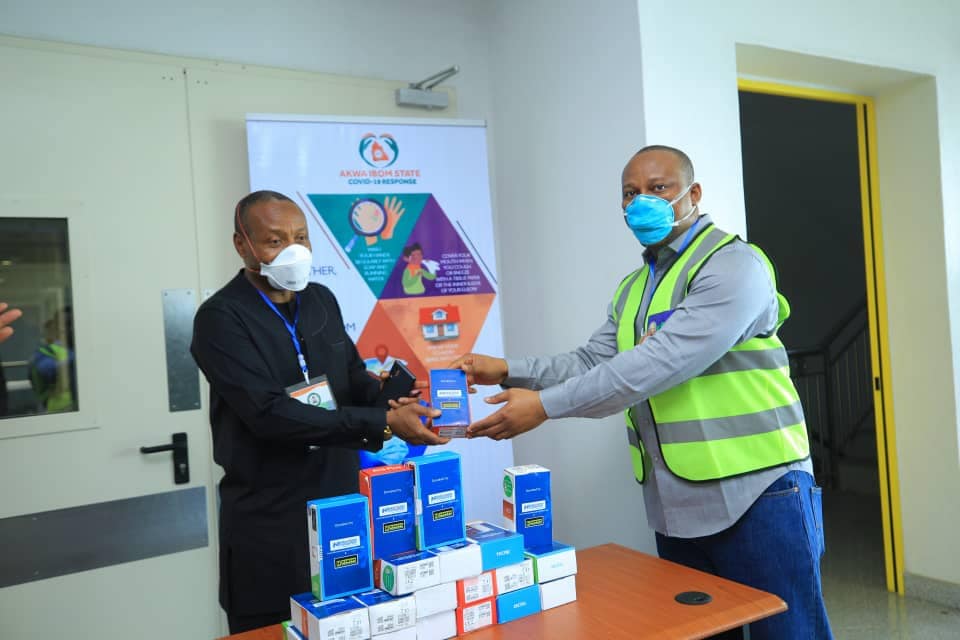 The Ini Emenobong Foundation (IEF) today donated androids phones with fully recharged SIM cards to the Akwa Ibom State Covid-19 Emergency Response Centre in Uyo to help them communicate with members of the public as well as receiving reports from them about the virus. 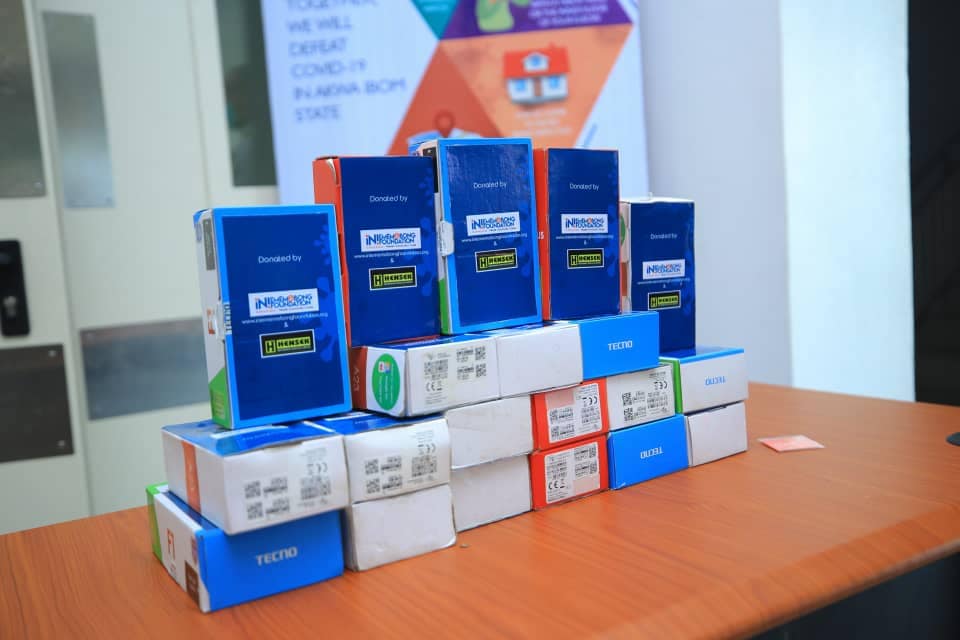 Presenting the phones at The Ibom Multi-Specialty Hospital in Uyo, Comr. Ini Ememobong, the Publicity Secretary of the Peoples Democratic Party and Chairman of the Ini Ememobong Foundation, said that the phones were donated so that members of the public could communicate with the Emergency Response Centre, to enable them track Covid-19 cases in the state. 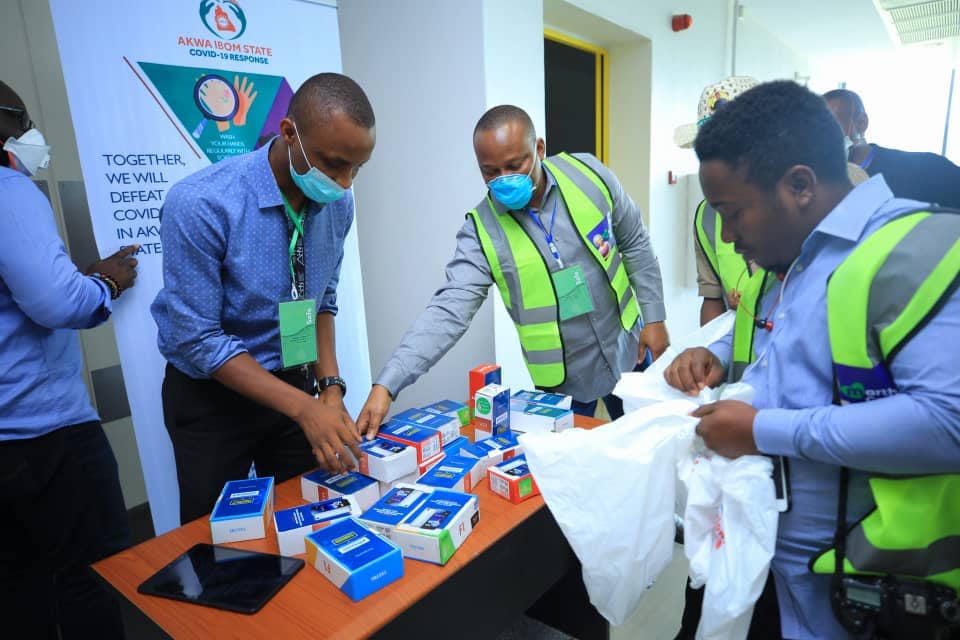 He therefore urged members of the emergency centre to use every opportunity they have with their callers to encourage them that the virus is not a death sentence.
Receiving the phones on behalf of the State Ministry of Health, the Permanent Secretary of the Ministry, Dr Patrick Essiet, thanked the Ini Ememobong Foundation for all the services and support he has given to the Ministry since the arrival of Covid-19 in the Country and therefore calls on many other individuals and groups to join in the fight against the global pandemic.
As he prayed for God’s blessings on Comr. Ememobong, the Permanent Secretary promised the Foundation that the phones will be used for the benefit of all and the betterment of Akwa Ibom State.