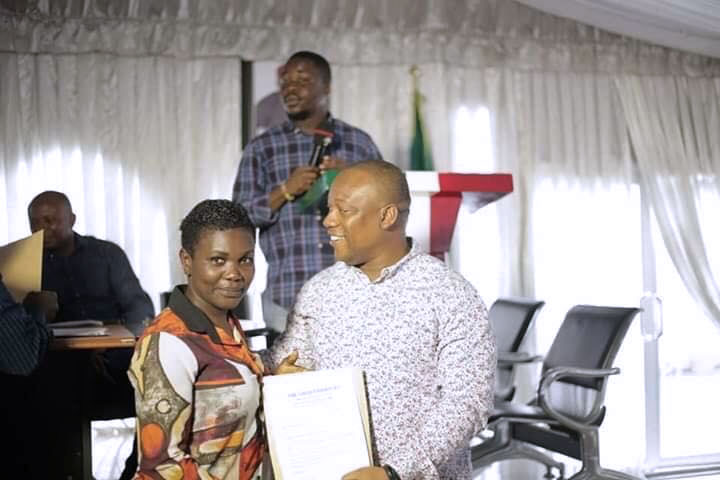 In appreciation of the efforts and roles played by the media men in the first term stay as well as the second term emergence of Gov. Udom Emmanuel, the Publicity Secretary of the People’s Democratic Party PDP; and, the President of The Ini Ememobong Foundation, Comr. Ini Ememobong has donated ten plots of land to selected (10) members of the State media in the heart of Uyo under the platform of The Udom Emmanuel Media Appreciation Scheme.

Presenting the land documents to the beneficiaries in honour of Gov. Emmanuel, Comr. Ememobong stated that the gesture is going to be a routine one and it is particularly to celebrate the efforts and struggles of the media men in the state. According to Comr. Ini, all the ten people selected have their own personal stories to tell for supporting the Governor. 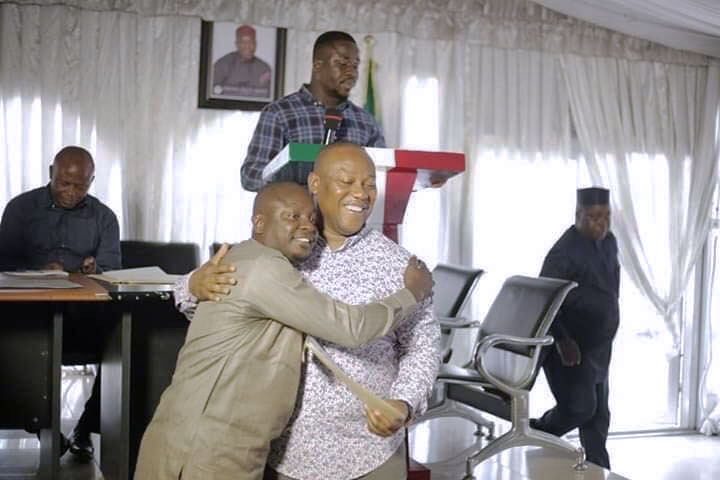 The PR man of the year also noted that the Government cannot do everything and that anyone that has the capacity to help anyone should do so in the name of the government.

Still expressing how he and Gov Udom Emmanuel feel about the support of the media, Ini Ememobong added that the token is to express how grateful the government is to the media. He concluded that he still has until May, next year to stay in office as the PS; and, till the very last day, great things will happen in the state.

Reacting to the kind gesture, the Chairman of NUJ in Akwa Ibom State, Comr. Amos Etuk thanked Comr. Ememobong for the kind donation and prayed for God’s blessings on him and his family; adding that journalists in the State will continue to sustain their partnership with the government of Udom Emmanuel.

Also speaking, the Chancellor of The Ini Ememobong Foundation stated that the donations are perfect ones and not politics. He thanked the Governor for giving the Foundation the enabling environment to keep donating to people and putting smiles on the faces of the people. He also added that soon, the next batch of the beneficiaries will be announced.

Expressing their joy, the beneficiaries of the offer thanked Comr Ini Ememobong and his Foundation for putting smiles on their faces and promised to continue supporting the Governor and his government.