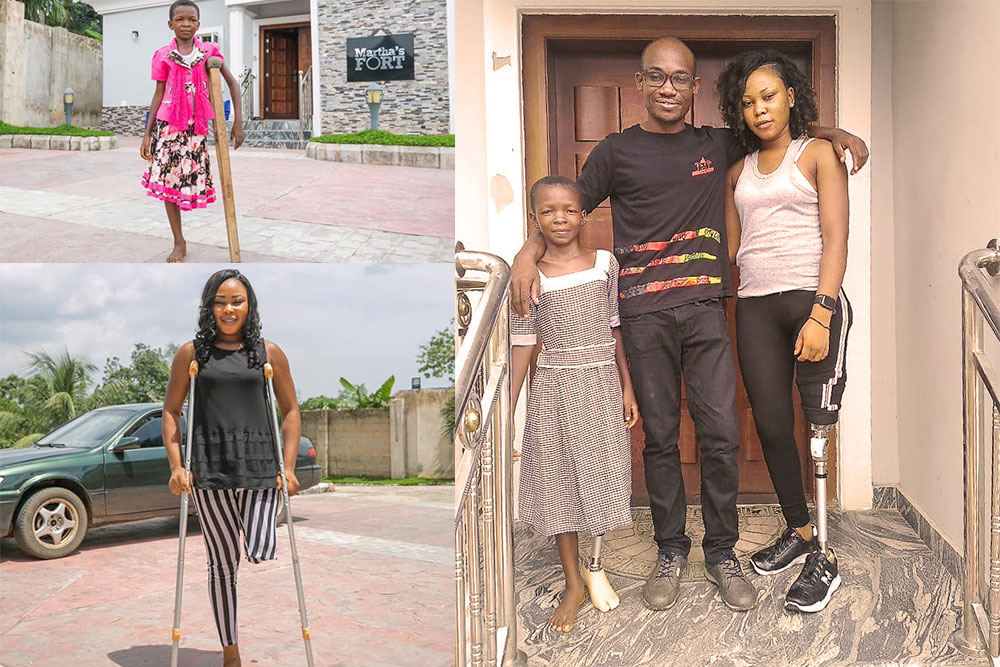 One of the girls, seven-year-old Enobong Sunday James, from Ibiatuk in Ibiono Ibom Local Government Area of Akwa Ibom State who was knocked down by a motorcycle at about two years ago, and was abandoned until a minor injury which would have been treated with a first aid, resulted to her being amputated.

At age five, Enobong got in contact with Ememobong who donated a wheelchair to her, and in his magnanimity went ahead to provide an artificial limb for her. Another beneficiary of an artificial limb from Comrade Ini-Ememobong was an 18-year-old Blessing Friday Uko, a notable goal medalist in dart game, from Oruk Anam Local Government Area of the state.

That of Miss Uko was presented to wife of the Akwa Ibom Governor, Mrs. Martha Emmanuel as birthday gift by Ememobong who explained that she, having lost her right leg in very mysterious circumstances at the age of three could not walk for 15 years. While Enobong, the first beneficiary is now able to walk on two limbs without any support, Blessing who recently got hers is still learning how to walk, but with the support of crutches.