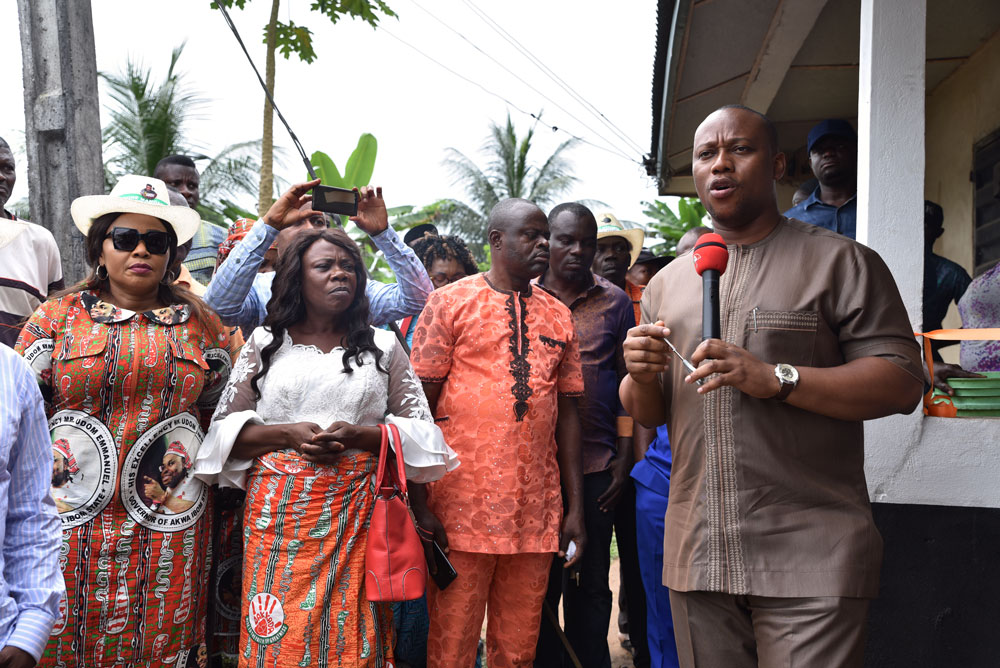 Publicity Secretary of the Peoples Democratic Party, Akwa Ibom State, Comrade Ini Ememobong, met with Ibiono Ibom Traditional Rulers to appreciate them for their show of love and support during the Commissioning of the Ultra-Modern IWADU Headquarters built by him on 13th July, 2018. He also used the meeting to consult the Chiefs on behalf of Atiku Abubakar Presidential candidate of the party and to solicit support for the reelection of Governor Udom Emmanuel in 2019.

The meeting was held at Mkpisong Ememobong Hall of Udom Emmanuel IWADU House and was chaired by the Paramount Ruler of Ibiono Ibom, HRM Okuku Ime Udo Usoro Inyang.