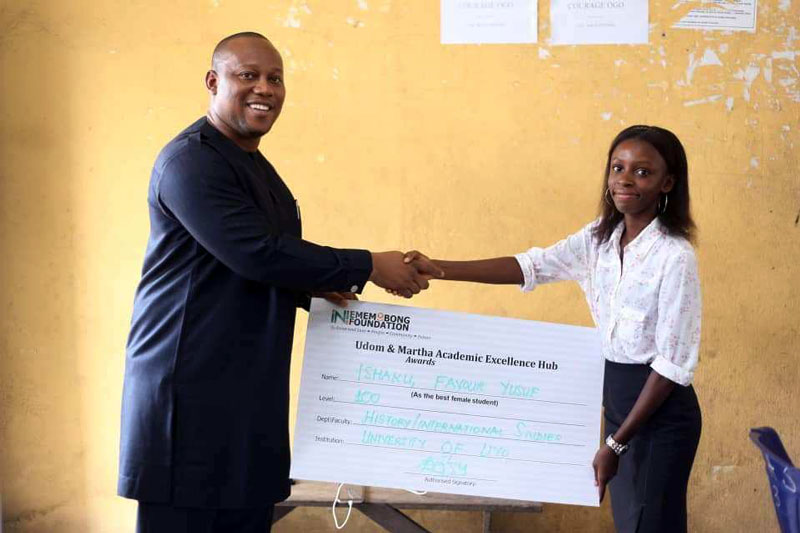 The Ini Ememobong Foundation, on Tuesday, August 6, awarded scholarship to students from History and International Studies department of the University of Uyo.
This was in line with the philosophy of the founder of the Foundation and Publicity Secretary of the Akwa Ibom State Peoples’ Democratic Party (PDP), Comr. Ini Ememobong.
Congratulating the recipients, Ememobong noted that the award, titled Udom and Martha Academic Excellence Hub Award’s is in honor of the Akwa Ibom State Governor, Mr. Udom Emmanuel and his wife, Martha; adding that it is meant to motivate the students to be more serious with their studies.

He encouraged the students to accept to be molded by the school in order to be able to conquer the challenges ahead.
He also promised to continue with the scheme in the Faculty of Law; Departments of History and International Studies, Linguistics and Nigeria Languages where he acquired his degrees from, as well as the department of Political Science and Public Administration in Honor of the PDP State Chairman, Obong Paul Ekpo, who graduated from the department.
Thanking the Foundation on behalf of the awardees, one of the beneficiaries, Akwari, Ugomma Ebe, a 400 Level student, described the PDP Publicity Secretary as a promise keeper and prayed God’s blessings on him, the foundation and his family. 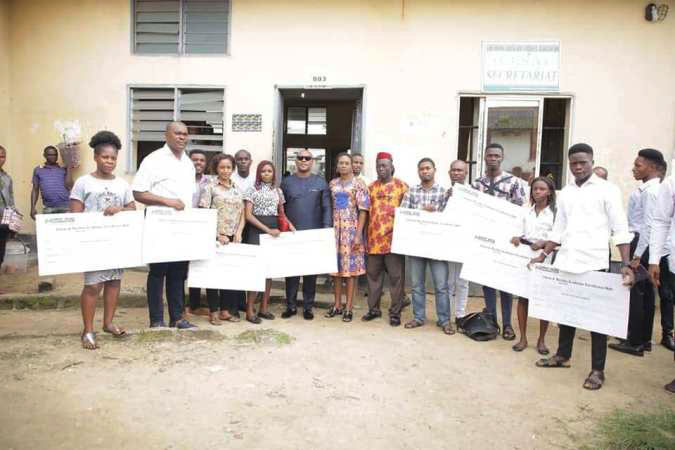 The event was witnessed by the Head of Department, History and International Studies, represented by the Examination officer, Dr (Mrs) Mfon Akwang and other staff of the department.
The beneficiaries of the scheme included Akwan, Ugomma Eve with a CGPA of 4.10; Rufus, Isip John – 4.11; Chijindu, Nkechinyere Helen – 4.15; Eduono, Samuel Peter – 3.96; John Hillary – 4.32; Igwebuike Oliver Chukwinonso – 3.87; Ishaku, Favour Yusuf – 4.04 and Okafor, Charles Fombotochukwu – CGPA of 4.00.